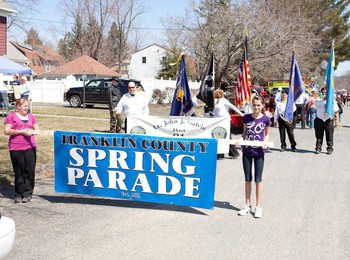 Racers from the Montague Soapbox Derby and other area derbies will walk and roll in the Third Annual Franklin County Spring Parade, to be held in Turners Falls on Sunday, April 21, 2013.

People should bring their carts starting at noon to Crocker Avenue, between Montague and Davis Streets, in front of Sheffield Elemenary School.

First five people to show up with a cart will receive a free derby T-Shirt. One shirt per cart.

If you have a cart and wish to be pulled in the parade, please make sure you have a strong hook on the front and the back so you can be part of the train.

For more info on the parade go check out their Facebook page, here:

Montague Soapbox Derby 2013 Sign-up forms for both vendors and racers will be made available by the end of April.